I recently picked up a small lot (19 minis) of what appear to be 25mm Star Trek miniatures. They were listed as Heritage on eBay, but upon closer inspection, I don't think they are. Or at least they are not part of the Star Trek line released by Heritage. There are no base markings on any of these minis, and while there are similarities, there are also subtle differences that make me think they are not Heritage. Namely, the phasers and lack of Starfleet uniform crest, as well as the lack of a raised collar on the Fed minis.

UPDATE (5/24/21): These are Scruby miniatures! Thanks to Mike Taber who answered my recent Facebook post on these guys. Mike says that they are indeed Scruby castings, and they were only available in-store at The Soldier Factory. Please see Mike's comment in the comment section at the end of this post. It took a while to finally ID these minis, but I have found that this community of collectors usually comes through.

UPDATE (5/16/21): A couple of weeks ago I posted these guys on eBay. And then earlier this week, I was contacted by a former Wee Warriors employee who saw the listings and let me know that Wee Warriors did not make or sell their own line of Star Trek miniatures. He confirmed this with Pete Kerestan.

The Anshell Miniatures ad from issue 10 of Starlog Magazine (December 1977) that lists the 54mm and 25mm sets from Wee Warriors will remain an enigma, at least for now. Was the ad a simple oversight, as in they said Wee Warriors but meant Scruby?

Once again, thank you to everyone who has contributed to this ongoing Star Trek minis mystery.

UPDATE (2/25/16): I went back and took another look at each miniature, and what I discovered was that there are 12 different poses total. 6 human poses, and 6 alien poses. This would be consistent with the Wee Warriors entry on the LMW, which lists 2 sets of 6 miniatures each - Landing Party and Alien Set. So it appears I have 2 sets of Landing Party, and 1 set of Aliens, with an extra female Romulan for a total of 19 minis. Of course, I still don't have have any photographic evidence to back me up, so it's still just a theory at this point, although a better than average one in my opinion. 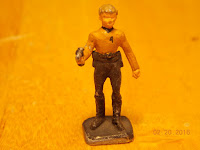 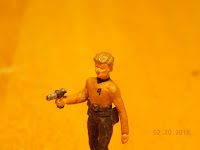 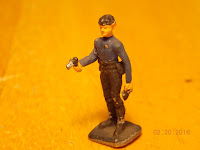 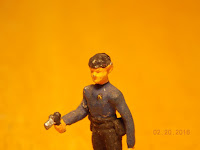 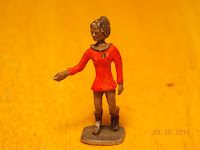 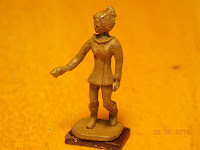 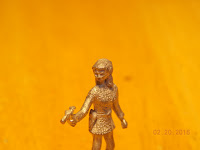 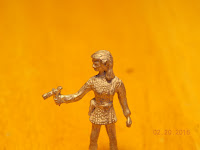 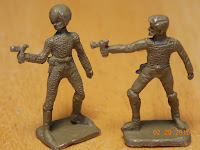 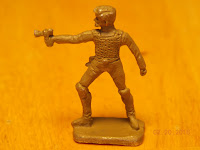 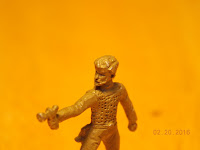 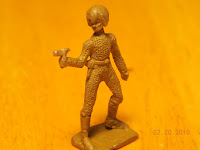 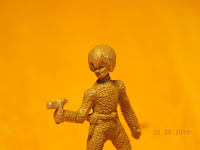 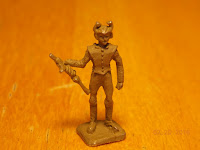 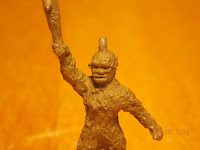 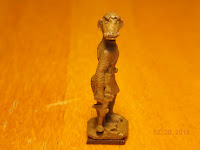 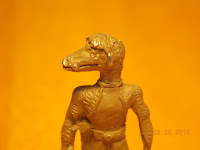 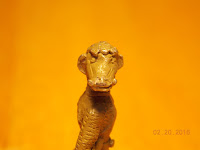 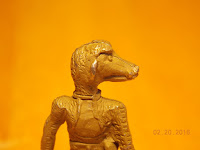 I've been working on the latest installment of the Lead Market Report, and it's almost done, but I need to sit down and grind out the last couple of sections. It's tedious work, which is why it usually takes me several days to hammer one out. So as a diversion, I decided to scan a few items and post them for your viewing pleasure.

Heritage released two publications to support their John Carter, Warlord of Mars line. First up is the Barsoomian Battle Manual, subtitled as Wargame Rules For Edgar Rice Burroughs' Classic Science-Fiction Series. It is 52 pages (not including covers), written by Scott Bizar, and bears a stock number of 1596 on the front cover. There appears to be two variants, this one with the monochromatic green cover, and this one with a photo of terrain and miniatures on the cover. 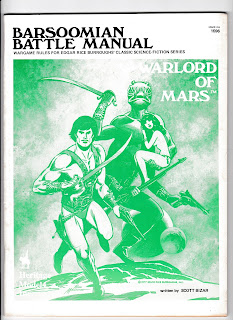 The Battle Manual is a straightforward affair, covering rules for conducting mass combat on Barsoom, and includes a section on flyer combat from fleet to squadron actions. There are four illustrations of Barsoom, 2D drawings of the planet in globe form. One for each side of the planet, and one for each of the poles. The book contains no photos, only charts and illustrations necessary to conduct battles.

There is a product list on page 29 that lists the entire proposed lineup of miniatures. I'm sure most John Carter collectors would loved to have seen the various flyers and airships released by Heritage, along with the handful of human/creature blisters that did not make it to production.

Next up is the Adventure Gaming Handbook, subtitled Painting Guide, Fictional Ethnic Descriptions, and Man-To-Man Action Rules. It is 64 pages (not including covers), written by Michael S. Matheny, and bears a stock number of 1595 on the back cover. My version features the monochromatic red cover, and there is also this version with a full-color picture. 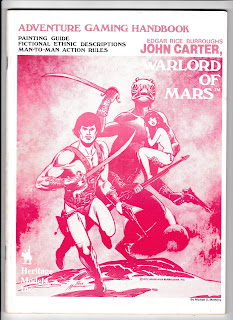 I have to be honest, I was more than a little let down by the Adventure Gaming Handbook. Not from a content standpoint, but from an artistic one. I mean, come on, the first half of the guide covers all the wonderful races, creatures, weapons, environments, and cities of Barsoom, and I can't get one stinking lousy illustration? Miniatures are such a visual component in gaming, and I think that some artwork would have greatly enhanced the guide. I'm guessing they were constrained by their budget and the fact that artwork would have increased page count.

Yes, Princess Points! When you meet, rescue, or otherwise interact with a princess of Barsoom, the ultimate goal is to make a great first impression, right? Your looks, your bling, and rank all help determine your PP. There are also some random outcomes that can add or subtract PP, such as "Belch Loudly" (-100 pts.) or "Princess joins you in a sad, beautiful song of ancient splendors and glories. Entire room falls hushed." (+300 pts.) You get the idea. Once you have your total PP, you still have to determine the Princess Response, ranging from "Who are you, have we met before?" (sorry, pal) to "MY PRINCE, FIREWORKS, THE BIG TIME, HUBBA HUBBA!!" (he shoots, he scores).

Overall, both books are just what you need to conduct mass combat on Barsoom, have a small scale adventure, or just paint your miniatures as they might appear in the eye of ERB himself. My total investment was less than $60, and both books have been selling in the $20-$30 dollar range lately, so it shouldn't be too hard to pick up a copy of one or the other without breaking the bank.
Posted by TopKat at 4:59 PM No comments: