If you like large-scale (1/32nd) World War I military aircraft models, you might want to check out Weta Workshop's lineup under the Wingnut Wings brand (yes, it is owned by Peter Jackson, who is a scale modeler and fan of WWI aircraft, go figure).

I built more than a few WWI fighters when I was young, all in 1/72 scale. They all met glorious pyrotechnic ends, crashing and burning (with gasoline-fueled assistance) and sometimes exploding (thanks to firecrackers) when I deemed them at the end of their shelf life (missing pieces or otherwise broken beyond salvaging).

The Fokker D VII was always a favorite of mine, especially in the crazy lozenge camo scheme: 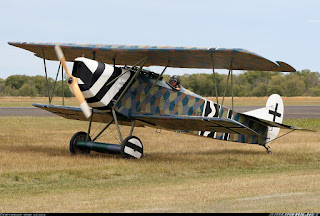 But I thought the Albatros D.Va was even sexier, with the graceful flowing lines: 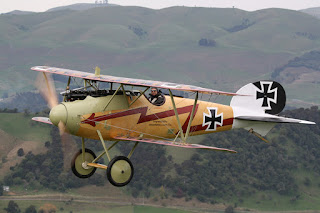 So if I was going to drop some bills on a Wingnut Wings kit, it would no doubt be their D.Va: 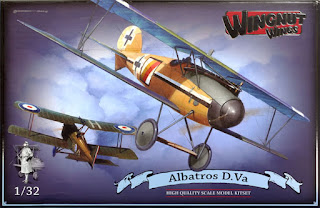 I currently have way too many unbuilt kits sitting around to justify picking up one of these, but who knows, one day I may cave in to temptation if the price is right.

Posted by TopKat at 1:29 AM No comments: