I recently acquired a nice copy of Air Power (WWII air combat rules) by Tony Adams, published by TSR back in 1976. Why would I do such a thing? Because aviation in general, specifically WWII aviation, has always been on my radar. I still have one of my elementary school reports I did on the Battle of Britain that must be as old as this copy of Air Power - yikes! 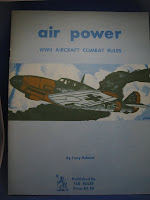 As an aside, if you enjoy aviation and have yet to do so, make sure you take in the annual Reno Air Races in September. I've been twice (1988 and 1993), and there's nothing like hearing and feeling some warbirds racing around at high speed down low across the desert scrub. Awesome. 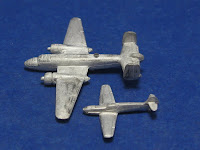 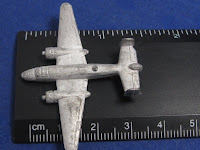 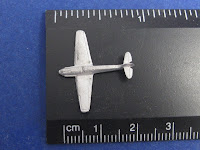 Anyone else dig on WWII wargames?

On the fantasy front, I've been painting some minis for the upcoming D&D session in Cali with Ye Olde Gang. Gotta get those done in the next week or so.

And on the WH40K scene, I've been working on a test subject for my DA army. He's a tactical trooper built up using specific bitz to see if an idea in my head can translate to a completed model. More to come after I get him finished. 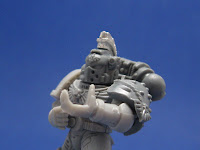