My youngest son had a birthday yesterday, so I kind of blew off posting. Moving on, today we have another combo post to cover my favorite monster and my least favorite monster. Without further ado:

FAVORITE MONSTER:
Giants. Sure, you could say I am influenced by the fact that giants are my favorite type of miniature to collect and paint. And you might be right. But I think it goes deeper than that. I think if you go back in time, I am more inclined to say that it was the G series of AD&D modules that brings me to today's answer. 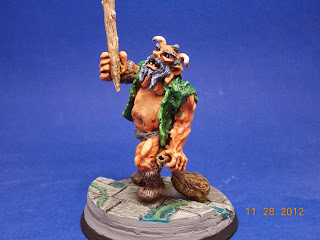 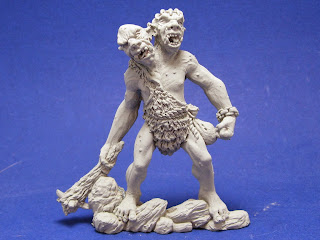 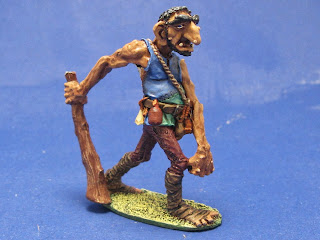 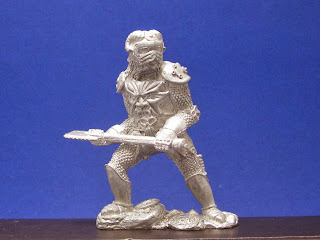 There is just something inherently cool about giants in D&D. Big, strong, tough, and capable of inflicting massive amounts of damage. But the way the G series was tied together really added to the mystique of giants for me (not to mention the fact it was the launching pad for the D series). It was more than a simple random encounter with giants, which is always tough, but attacking giant strongholds and their various followers, pets, and slaves. It started tough and just got harder.

And if you include creatures like ogres, trolls, and all the other big creatures that aren't "true giants" then you have a whole host of creature types to throw at your adventurers. What's not to love about giants?

LEAST FAVORITE MONSTER:
Brain Mole. AC 9, 1 HP, and they can only attack psionically. Decent chance of causing permanent insanity (20% per round). And if you place it 10' to 20' underground and attack someone using spells or magic items that trigger the mole to attack, how are you supposed to get to it? It just seems like the kind of creature that a mean DM would employ. Perhaps I'm just not a seasoned enough DM to see it as more of a challenge to players than simply a dickhead move.

And congratz on the 200th post! Keep up the good work. We do read this shit if we don't always comment mi amigo.

Hey, I'll keep writing if you keep reading! Kind of like "Fleet does the flyin' and MI does the dyin'" right?